Travel Writing: “The Masai of Kenya”

Masai Mythology: The Sun and the Moon

African mythology is often misunderstood as being fairly singular or uniform. However, there is great diversity to African Mythology. Take Masai (or Maasai) Mythology for example. Masai Mythology reflects the life ways of a cattle hearding people.

Masai from The Heart of Myth by Dave Alber. All chapters in this book give an introduction to a traditional society in a living tradition where mythology still plays an active part in people’s lives. Then the chapter recounts a myth from these people.

Below is an excerpt from Dave Alber’s anthology of myth, The Heart of Myth.

Audio Recording of “The Maasai of Kenya” 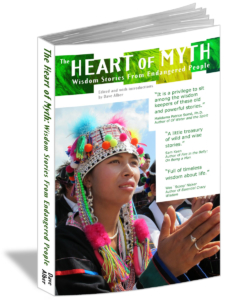 The excerpt below is from Section 4: African Mythology: Part 4 of The Heart of Myth: Wisdom Stories From Endangered People. The book can be found on Amazon.com or Barnes & Noble books.

South of the Dinka of the Sudan live another cattle herding people, the Masai (or Maasai) of Kenya and Tanzania. There are approximately 250,000 Masai. Like the Dinka, the Masai also speak a Nilotic language. Nomadic pastoralists, the Masai build temporary huts, which they construct in a circle around their cattle, providing safety for the animals. The Masai live in round earthen homes (enkang) with the male herders often living in temporary camps during the dry season. Life revolves around the cattle, young men holding to a diet of cow milk, blood, and meat.[I] Inspired by male elders (“fire-stick elders”), these young men test their bravery by making raids on other Masai people’s cattle.[ii]

According to a Masai myth, the Masai are descended from a union of the terrestrial and the transcendent. Kintu, a man, married Nambi, the daughter of Gulu, the sky king.[iii] The origin story that anthropologists tell is that a Nilotic language speaking people migrated from the Ethiopian highlands to settle in the east African plains. They were the ancestors of the Masai.[iv]

In the mid nineteenth century the herding Masai were in conflict with agricultural Masai groups. Toward the end of the century, diseases and civil war swept through Masai communities. This simplified the British and German conquest of the region. The British moved the Masai to reservations.[v] Today, many Masai are adjusting to a life of agriculture while others have traveled to urban areas.[vi] Much Masai pastoral land has been seized for private ranches, farms, and government projects. In Kenya, the U.S. and U.K. perform training maneuvers in Masai land. The Masai of Tanzania have been displaced due to the clearing of the forest ecosystem. Fewer and fewer Masai are able to maintain their traditional pastoral life.[vii]

Myth: The Sun and the Moon

Now, the sun and the moon are married to each other. Yes, the solar and lunar forces have given themselves to a larger more encompassing union, for that is what marriage is. But representing two radically different ways of seeing the world, their marriage is often tense and problematic. And so, there were fights. The sun would speak of the eternal like an aloof old fool. The moon spoke of activity, of planning, of work that needed to be done by a lazy husband. Their arguments escalated into brutal fistfights that left both of their faces bruised and battered.

Embarrassed by this day-to-day conflict, the sun hid his face by shining so brightly. Likewise, people cannot gaze on the transcendent with open eyes and see it with the same casual air with which they regard the things of this world. The moon was not ashamed of their fights. And so, when you gaze on the moon you can see the uncomfortable details of things in her cut lip and battered eye.

[iii]Scheub, Harold. A Dictionary of African Mythology: The Mythmaker as Storyteller. Oxford: Oxford U.P., 2000. pp. 109-10. The man Kintu overcomes a sequence of tests to win the hand of his transcendent counterpart (making the alchemical movement upward.) Descending to earth, Nambi brings death with her (the downward alchemical movement, the creation of time, and the appearance of discrete objects. 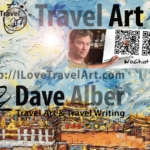